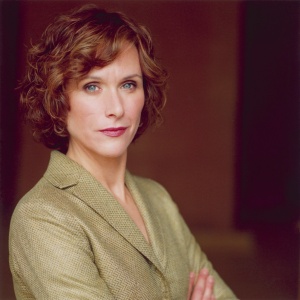 WENDI SMALLWOOD – Actor/writer/director/bookkeeper Wendi is happiest when bringing her characters to life or scrambling to get a production up and running.

In 2011, her theatre company, St. John’s Women’s Festival of Theatre (SW|FT), presented Wit by Margaret Edson at the LSPU Hall to critical acclaim. Finally after a four year hiatus SW|FT is moving in to production again. Anticipated production date is Winter 2016-17 with an all female cast.

In 2016, Wendi became a founding member and artistic associate director of V-Day St. John’s – whose mission is to raise funds and awareness towards violence against women. See Wendi perform at the 8 PM show on Friday June 24. 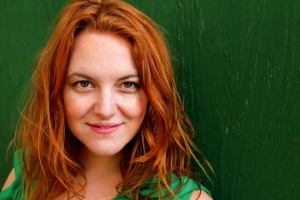 MONICA WALSH is an actor, writer and singer from St. John’s. She is founder and artistic director of Kanutu Theatre. In 2016, Monica produced Scene, but Not Blurred, a popular sketch comedy and monologue show. She loves producing theatre and encouraging new writers to write scenes for the stage.

As well as working on the stage Monica can often be seen acting in independent films, more recently including Flankers (2014), Crackie (2009) and Love & Savagery (2009). See Monica perform “Mysogyny Murder Immunity” at the 8 PM Show on Friday June 24th

JENNY NAISH Jenny Naish is a theatre artist, actress and musician living and working in St. John’s. She regularly appears around the city performing original music, theatre and stand-up material for live audiences since 1999. Jenny is co-founder of Roles 4 Women Theatre Company (with Liz Solo) and is guitar player, trombone player, vocalist and songwriter for local musical acts. Jenny will be performing at the 8 PM show on Friday June 24.

RUTH LAWRENCE’s work as an artist has taken her to Ireland, France, the US, and across Canada. As a filmmaker, her shorts have screened, won awards and nominations across Canada and the US. Ruth won the Best Actress Award for Clipper Gold at the 2011 Atlantic Film Festival and the RBC Michelle Jackson Award for Emerging Filmmaker in 2011. She has been honoured with the 2011 Newfoundland and Labrador Arts Council’s Artist of the Year, the Queen’s Jubilee Medal in 2013, and the YWCA 2016 Woman of Distinction for Arts & Culture. She is co-founder and Artistic Director of White Rooster Theatre, a company that produces women’s work.

“In a year marked so far by iconic losses and political protest, Ruth Lawrence makes her first appearance at TrixXxiFest, using her multidisciplinary talents to serve up laughs, songs, and stories.” See Ruth perform at the 8 Pm Show on Saturday June 25th. 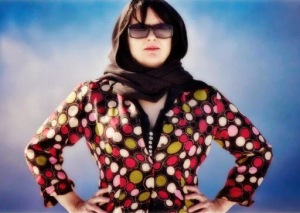 LIZ SOLO is an inter-disciplinary artist with a long history as performance artist, writer, media artist/machinimator, activist and musician. Liz works independently and as part of various collectives and partnerships to produce works that merge the live performance stage with virtual (online, game) environments. Her performances often span multiple venues and online platforms.
Liz is co-founder of Roles 4 Women (with Jenny Naish) and the Black Bag Media Collective. She is a musician and composer, known best for her work as a solo recording artist and with TrixXxie, The Sauce, Lizband (1993 – 2013), The Black Bags (2002 – 2013),  Live Girls (2,000 – 2002) and Red Scare (1987-1991).
Her performances, videos and online events continue to be screened and presented around the world. Recent live performance and video work has been seen at: ISEA Istanbul; FILE Electronic Language International Festival, Sao Paolo; Chromatose Anymation Festival, St. John’s; MaMachinima International Machinima Festival, Amsterdam; The Big Screen Project, Times Square NYC. See Liz perform at the 8 Pm Show on Saturday June 25th.

TRIXXXIE – TrixXxie have been having their way with the city since forming in 2014, presenting performances at some of the best parties in town. They recently released their first self-titled EP, recorded and mixed by Colleen Power, and are working on their next recording project.

TrixXxie is Tallulah Fucque on drums and vocals, Scarlet O’Whora on Bass and Vocals and Marilyn Monroe Take-Out on guitars, trombone and vocals. TrixXxie are the founders of TrixXxieFest and are looking forward to premiering new video work and new songs during the weekend. See TrixXxie perform at 10:30 on Saturday June 25.

Here is a link to the full TrixXxieFest Schedule.