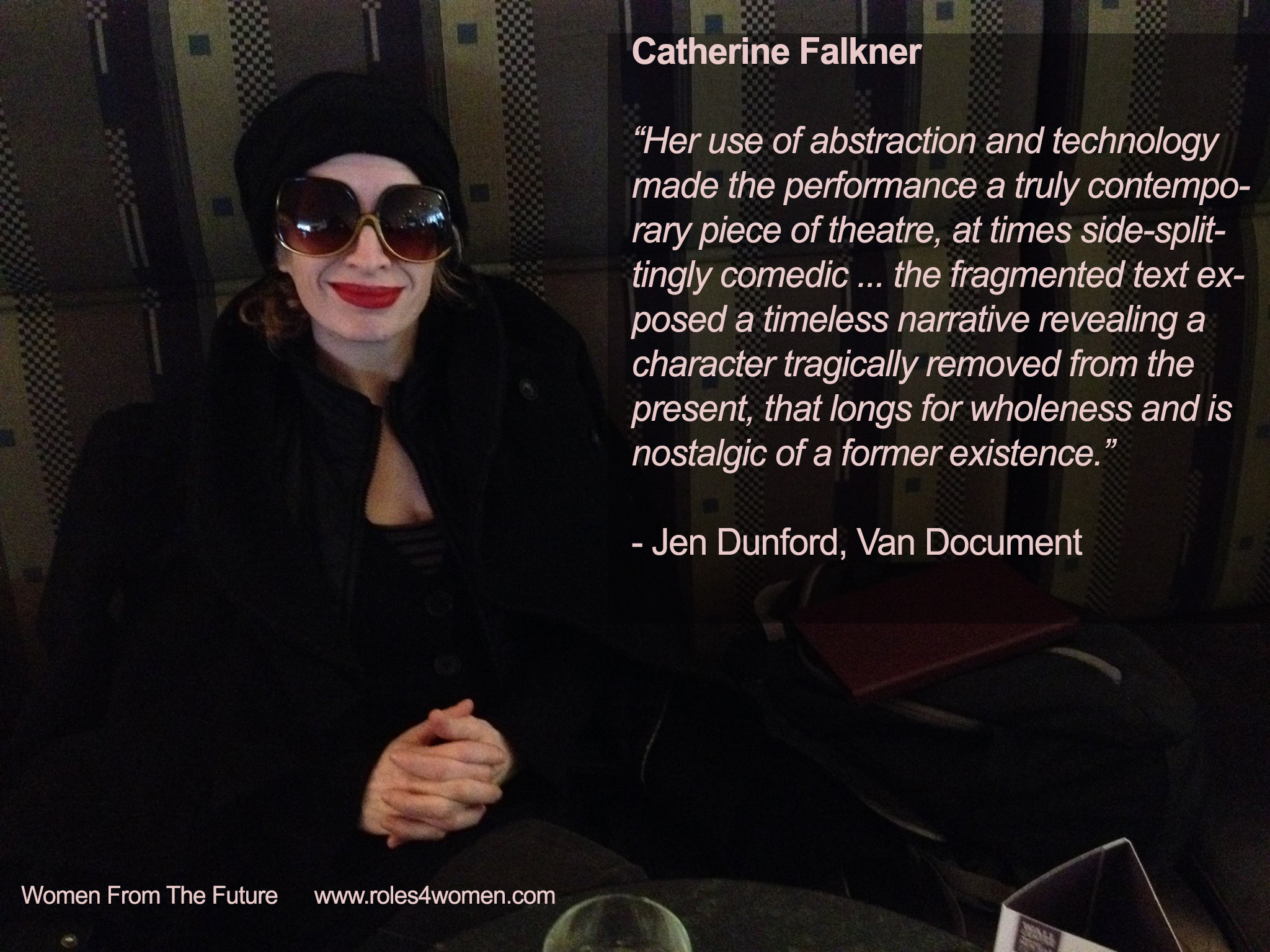 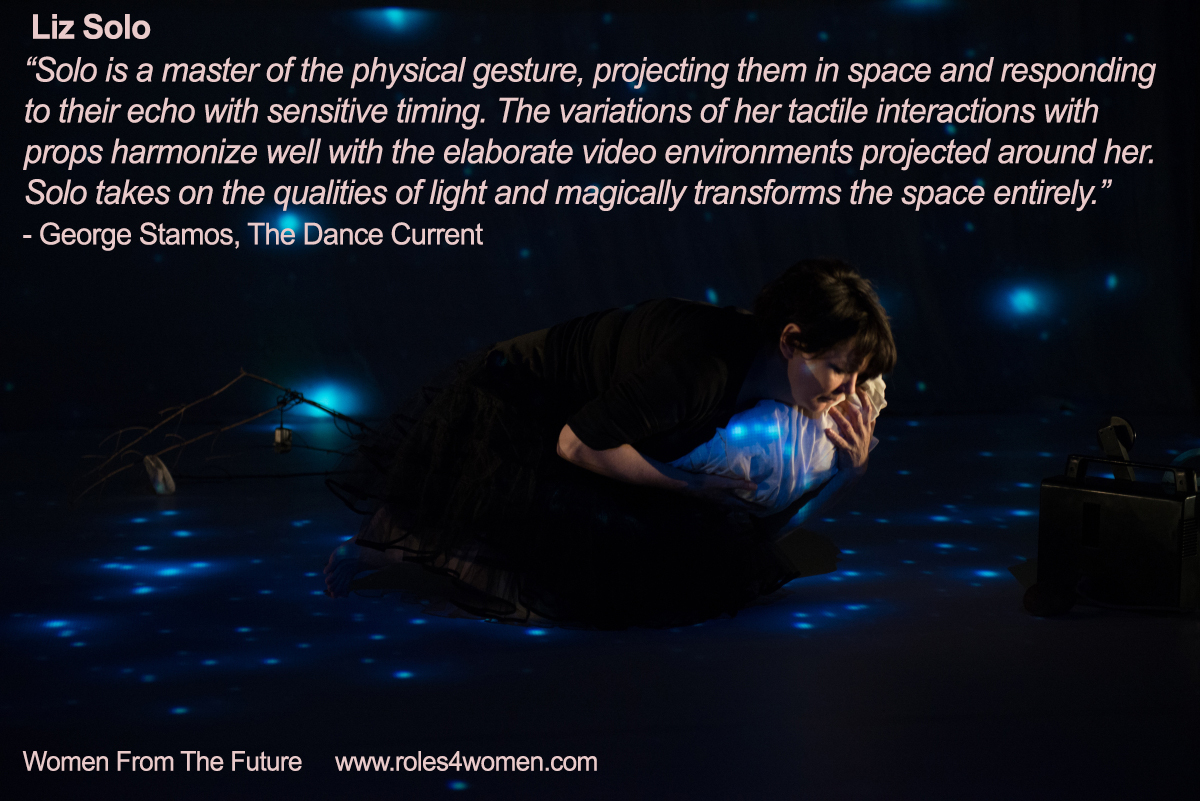 R4W is a Canadian theatre and production company based in Newfoundland and Labrador. Now in their thirteenth year R4W continues to bring exciting new theatre experiences by initiating bold, experimental scripts, exploring emerging technologies and by working across multiple disciplines.

Women From the Future has been made possible thanks to generous support from the Canada Council for the Arts|Conseil des Arts du Canada and the Black Bag Media Collective.

ABOUT THE WOMEN FROM THE FUTURE
Catherine Falkner (Vancouver) is a comedienne, actress and writer who draws upon her collaborative work in comedy to create mash-up performances that juxtapose the comedic against the serious. Known for her physical comedy and manipulation of pop culture imagery she combines multiple elements – multi-media visuals, live and recorded sound to create unique, hilarious and very poignant performance art works.
www.catherinefalkner.com 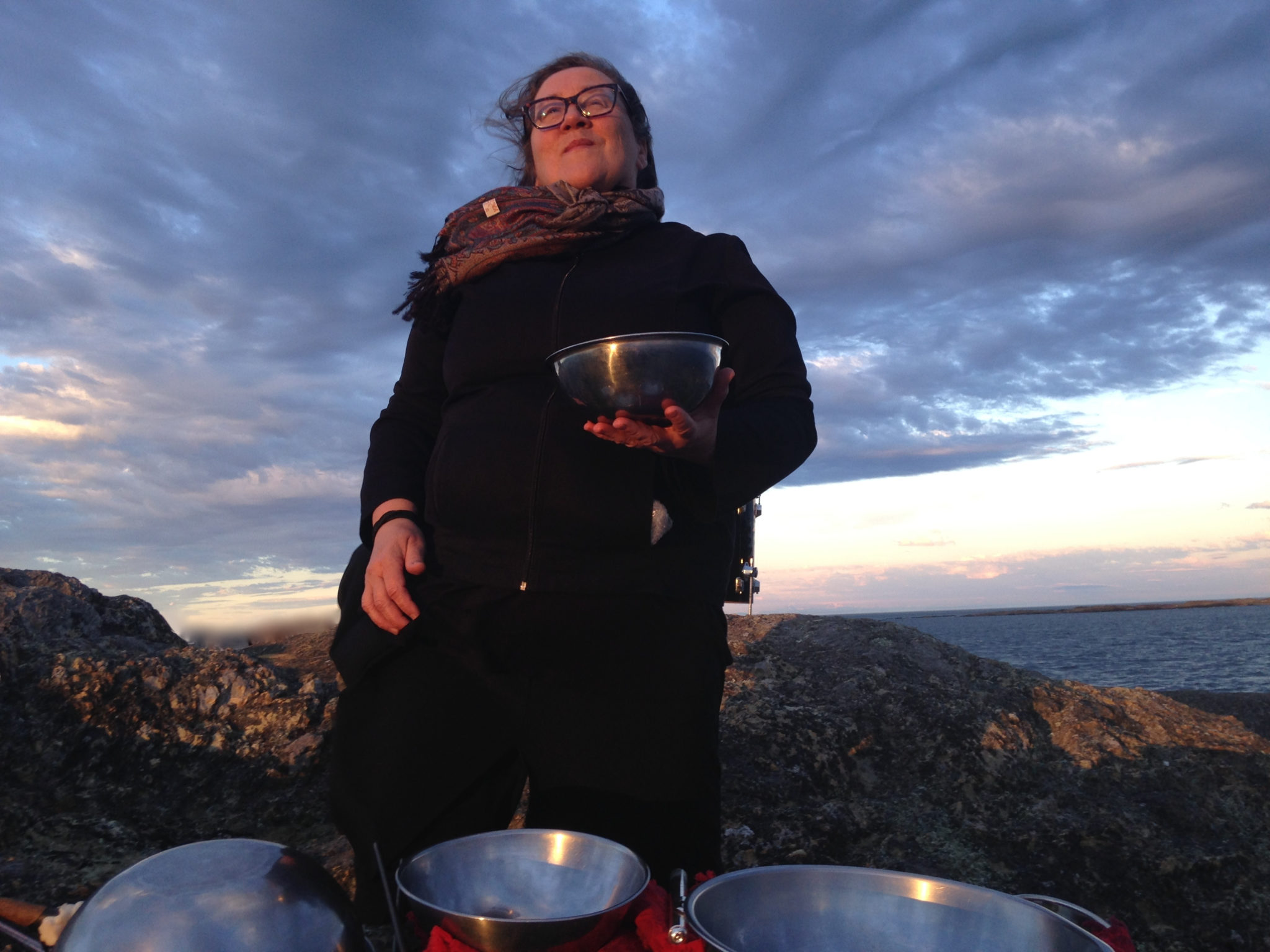 Wendi Smallwood (St. John’s) is a prolific actor, writer, director and producer known for her breadth as an actress and for her powerful stage portrayals of complex characters. She creates and participate in artistic projects that are evocative and have strong female presence. Wendi has played everything from a pill-popping trapeze artist to the Donne loving professor dying of ovarian cancer. Her theatre company, St. John’s Women’s Festival of Theatre (SW|FT), presented W;t by Margaret Edson, with Wendi as the lead, at the LSPU Hall to critical acclaim. Wendi is Associate Director at V-Day St. John’s – an organized response against violence toward women. She performs regularly at the Women’s Work Festival.

Liz Solo (Toronto) is an inter-disciplinary performance artist, writer, activist and musician. Liz works independently and as part of collectives and partnerships to produce works that merge the live performance stage with virtual (online, game) environments. Her performances often span multiple venues and online platforms. Her latest performance work examines themes and ideas around the relationship between technology, isolation and desire. She recently won an East Coast Music Award for her years on the East Coast scene as an independent artist, producer and community activist. www.lizsolo.com 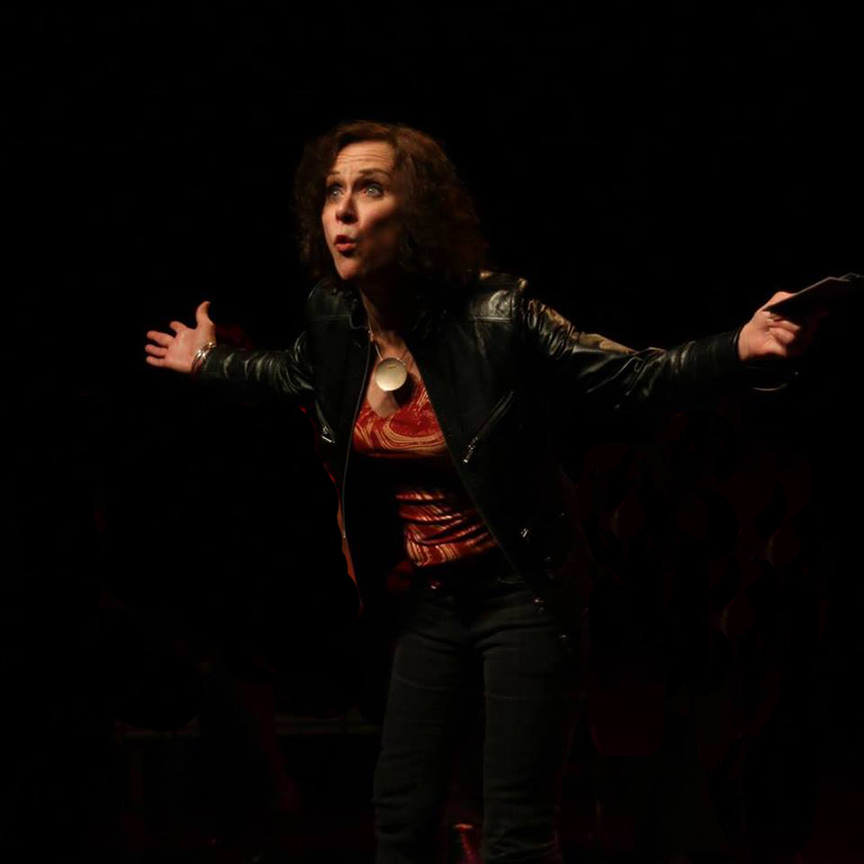 About Roles 4 Women
Roles 4 Women is an independent, Canadian theatre and production company, founded in Newfoundland and Labrador in 2005 by theatre artists Liz Solo and Jenny Naish. R4W produces timely, challenging and experimental theatre, media and performance work featuring strong women’s voices. R4W is committed to developing new and innovative scripts and creating unique programming that incorporates multiple formats and disciplines. Roles 4 Women is a feminist company, inclusive of all women, with events and programming open to all people.

Roles 4 Women is the home of the performance art punk rock band TrixXxie and the semi-annual pop-up festival – TrixXxieFest.