We are pleased to announce the final Schedule for TRIXXXIEFEST Weekend. Schedule is followed by brief biographies of TRIXXXIEFEST artists.

Erin Simms’ no nonsense rock sound is punctuated by soaring vocals and haunting melodies – reminiscent of her early start in the Opera genre. Simms is a charming front-woman and her solo performances rock just as hard as her bands do. Erin holds her own on stage, just as she will hold her audience captive with edgy, bold lyrics and a voice to match.
Formerly of Johnny Am I Good Erin is working on a new project – The Alders. Stay tuned for news of this alt country band.
Erin will be performing solo at Scanlan’s Lounge on Thursday June 12th. 9 PM. 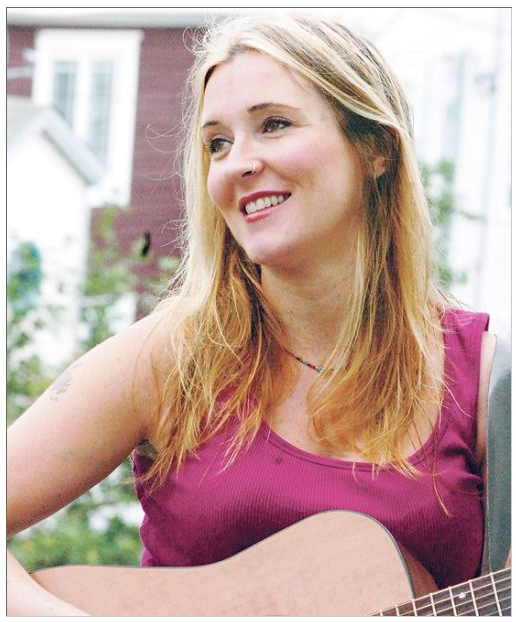 Colleen Power is an award winning Newfoundland singer/songwriter. She has garnered praise and critical acclaim for each of her six albums and her YouTube videos continue to enjoy immense popularity.n Colleen plays regularly and is currently working in a brand new band, The Sauce, alongside Newfoundland rock pioneer, Liz Solo, with Mike Kean and April Crocker.
See Colleen Power solo at Scanlan’s Lounge on Thursday June 12th at 9 PM.
The Sauce are performing on Friday June 13th at Distortion. ShowTime 11 PM, 2 AM Set Time.
The River

Allie Duff and The Happy Campers are an alternative folk-rock trio from St. John’s, NL. They formed when Allie got bored of playing solo gigs and asked Nathan Day and Chris Kennedy to back her up on drums and bass. The Law of Falling Bodies, their first EP, was recorded by GNAudio and features Louis House on saxophone. The band has many big plans for the future, some of which include camping! See: http://allieduffandthehappycampers.bandcamp.com/
See Allie Duff and The Happy Campers at the Ship on Saturday June 14th. Showtime 10:30. Set time 10:30
Category VI

Category VI is Amanda Gosse on Vocals, Geoff Waye on Guitars, Keith Jackman on Bass and Adam Thistle on Drums. Hailing from the misty shores of Avalon, Category VI formed in early 2010. The band is fronted by the incomparable Amanda Gosse, bringing something new to the local Newfoundland metal scene – Category VI is the only active female-fronted melodic metal band in the city. In 2011, the band released a three-song demo entitled VINLAND. FIREBORN is their debut full -length album and features over 50mins of melodic metal, traditional metal, with a few hints of thrash. FIREBORN has garnered rave reviews from all over the world. Category VI’s debut music video for the song “Reborn” was filmed along the cliffs and shoreline of Flatrock, Newfoundland on March 29th 2014. There is much in store for the band so stay tuned!
Catch Category VI at Distortion on Friday June 13. 11 PM ShowTime, Midnight set.
Sam Burke

Sam Burke is a Singer/Songwriter from St. John’s, Newfoundland. With intricate guitar skills and emotional lyrics, Sam is able to hold the ear of her audience and create an atmosphere of closeness.
With bittersweet songwriting and powerful vocal melodies, Sam can give you goosebumps one minute and have you in a pool of tears the next.
Sam Burke photo by Kayla Hancock
See Sam Burke solo at Scanlan’s Lounge on Thursday June 12. 9 PM.
Uneeda

Uneeda is a Thrash/Punk band from St John’s, Newfoundland, Canada. Drawing from punk influences like The Misfits, NOFX, Lagwagon, Cigar,  SNFU, Gob, etc. and thrash influences like Metallica, Slayer, Megadeth, Anthrax, Sepultura, etc. Uneeda crafted their own original brand of Thrash/Punk featuring technical, melodic songs; brutal, speedy riffing; frantic and intense drumming; progressive and driven bass playing and stellar vocal performance and harmonies. Uneeda released their 5-song demo EP, “Handout” in April, 2012, and have garnered a ravenous following with their energetic live performances and bone crushing mosh pits. Uneeda recently finished recording their new full-length album – set for release in the summer of 2014. They have just unleashed the first single and companion video for the song, “Momentum”.
Uneeda will be closing out the rock shows at the Ship on Saturday June 14th. 10:30 ShowTime. 1:30 AM Set Time.
Trixxxie

Tallulah Fucque, Scarlet O’Whora and Marilyn Monroe Take-Out formed the performance punk band Trixxxie in the Fall of 2013. They are the founders of TRIXXXIEFEST where they will make their first public performance.
See Trixxxie at Distortion on Friday June 13. Show time 11 PM set time 11 PM
& At the Ship on Saturday June 14. Showtime 10:30 PM, Set time 12:30 AM.
Dan Trouble/DT and The Dinosaurs

Dan Trouble, known as DT to her friends, enemies and secret admirers, is a live performance junkie and can be found just about every hour of every day playing a gig, open mic, street corner, house show or rooftop. Based in St. John’s, Newfoundland, she released her debut, Horses with Lasers in 2009 and continues to play with multiple bands across the town and beyond. Danielle Trouble (Guitar, Vocals), Adam Blackwood (Bass), Bryan O’Reilly (Drums)
Dan Trouble will be playing solo at Scanlan’s Lounge on Thursday June 12th. 9 PM.
DT and the Dinosaurs are playing The Ship on Saturday June 14th. 10:30 show time. 11:30 PM set time.
The Sauce

The Sauce are a newly formed alt/country/trad/punk/rock band with strong vocals harmonies, intense riffage, a wide range of original songs and a bad attitude.
The Sauce are: Liz Solo, Colleen Power, April Crocker and Mike Kean.
Photo by Jai Me
See The Sauce live at Distortion on Friday June 13. Showtime 10:30. Set time 2 AM. 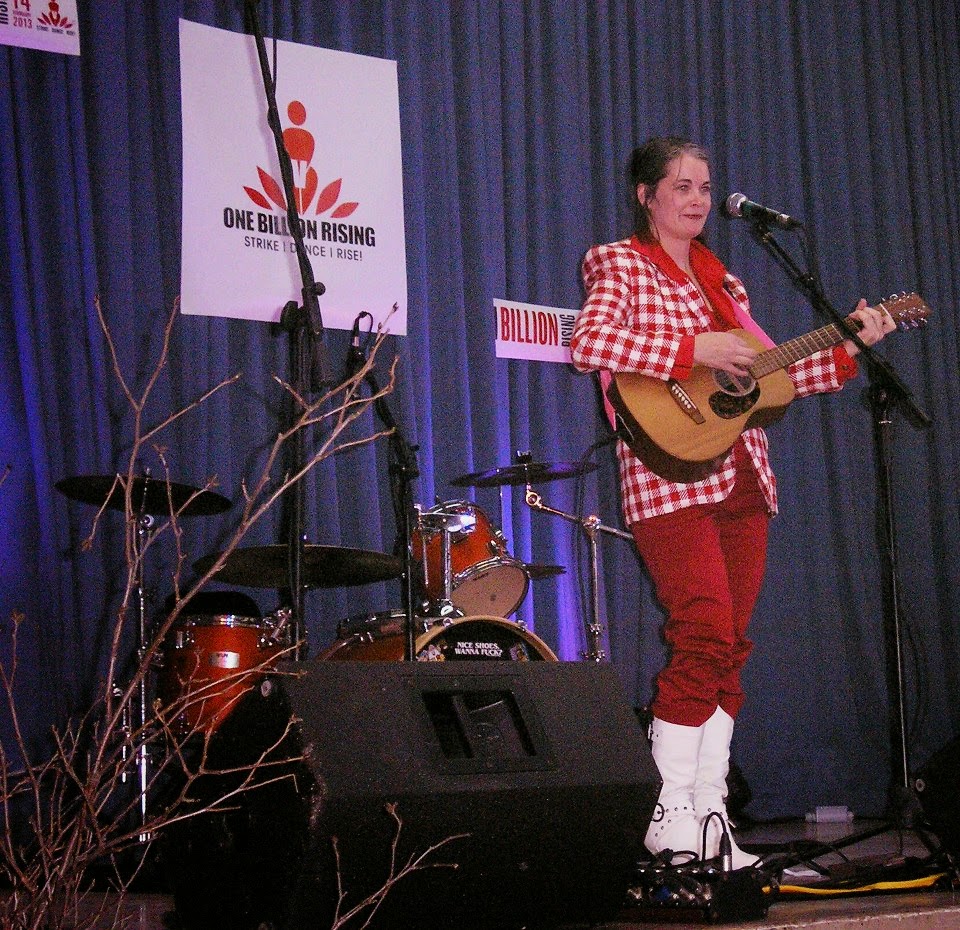 Jenny Naish is a theatre artist, actress and musician living and working in St. John’s. She is co-founder of Roles 4 Women Theatre Company (with Liz Solo) and is a member of the Black Bag Media Collective.
Jenny will be performing solo at Scanlan’s Lounge on Thursday June 12th. Showtime 9 PM.

The Sauce are performing Friday June 13th at Distortion. 2 AM

The TRIXXXIEFEST poster by Jimmy Rose: